When a "Good News" Diagnosis Means "Bad News" for the Relationship, Pt. I

We often call ADHD a "good news" diagnosis. Why? Because it offers not only a long-elusive rational explanation for vexing behavior but also effective treatment strategies.

So, why does a "good news" diagnosis sometimes mean "bad news" for the relationship. That's the topic of this two-part post. 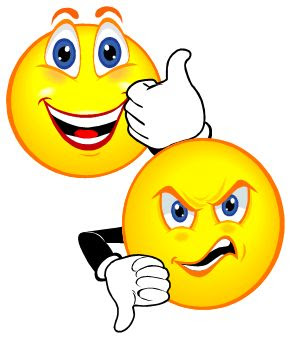 The reasons run the gamut—and are as complex as the individuals involved and their history together. Let's begin with an e-mail sent to me by a reader.  His situation illustrates a very common example of the ADHD diagnosis and treatment creating new challenges even as it resolves old ones.

Why Can't His Wife?

It took about six months for me to get on board with medication, and the doc and I haven't worked out all the kinks yet in that regard.

But let's put it this way: Before I started taking medication, I was often criticized for being hyper, loud, disorganized and easily distracted. Since the medication, I hear myself as I sound to others and so have much more sensitivity to my own volume.

I am also now more aware of my tendency to rant. A good argument used to be like food to me.  Now, I don't have to be in the ring with every discussion, and I can focus normally on a discussion that I am engaged in.

So, between medication and therapy, I feel my approach to life has changed dramatically.  I'm also better organized, more focused, and doing better at work.  But has all this helped my marriage?  That's the big surprise. The situation at home has actually gotten worse in many respects.


In fact, now that my "ADHD Fog" has cleared, I'm seeing the long-running dysfunction in our relationship and wondering if my wife, Judy, could use a diagnosis. Maybe she has ADHD, too, or she's codependent. Whatever it is, it seems that she can't stand my being higher functioning; I think it's because it means she's losing control. You'd think she'd be happy for me, but she's not.

My psychiatrist and therapist agree that my therapy is not just working, it's a success story!

With my therapist's support, I'm standing up for myself more —demanding more control over our finances, for example—and Judy doesn't like that.

She seems lots angrier in general these days, or maybe I just notice it more because the medication  means I can't tune her out as well as I used to."

The Shifting Balance of Power


Jack's is one variation on a common theme: Newly diagnosed adults with ADHD begin treatment, often including medication. Soon the "fog" of distractibility, impulsivity, and inattention begins dissipating.

With newfound clarity, many of these adults start re-examining their choices: job and career, friendships, health habits, and sometimes even their mates.

Frequently for the first time in their lives, these individuals feel solidly optimistic about their ability to evoke permanent changes.  After all, they finally have the right answers and right tools.

As they excitedly embrace new competencies and confidence, however, the "balance of power" in their relationship starts shifting.

Therefore, it's understandable that Jack and others in similar situations might feel deflated or even resentful when their partners don't share their optimism. It's even worse when their partners rain on their parade, constantly demoralizing them by dragging them back to past misdeeds and expressing skepticism that the positive changes will last. After all, they never did before.

Understandably, these adults with ADHD chafe at a partner who, as if on auto-pilot, constantly issues reminders, directives and second-guesses. It must be devastating, or at least highly irritating, to hear a partner chide, "Well, I give your latest self-help kick six weeks."

No doubt about it. Change can be threatening, especially when a couple isn't unified in learning about ADHD and collaborating on new strategies.

"Denial" about ADHD can be a problem on both sides. In other words, it might be true that Jack's wife is unwilling to accept that he can possibly change old habits. Moreover, she might be blind to her own little peccadilloes or even pathology. (We'll examine that topic next post)

But Is Jack Understanding


For edification's sake, though, let's ponder what Jack might be missing in this equation.


Perhaps Judy has valid reasons for her reactions, reasons that might totally elude Jack, who self-admittedly spent many years "stumbling around in an ADHD Fog."

Judy might, in fact, be asking herself these questions:

"How long will Jack's 'new and improved' behavior last this time?"


If Jack is typical, he no doubt has a pre-diagnosis history of "doing better" for weeks or even months at a time – improved focus at home, regular exercise, more patience with the kids, following through on agreements, and the like. Often after there has been a meltdown or an ultimatum.

Gradually, though, his attention faded or moved on to more stimulating activities. Lather, rinse, repeat. Many times over the years.

As for his acknowledgement of this pattern? Perhaps rather fleeting and vague. It depresses him to talk about past failures; he's desperately trying to remain positive about the future.

Judy, however, is more worried about the past as prologue.


"How can I trust Jack when he won't accurately acknowledge past problems as well as show empathy for my experience over the years?"


For his part, Jack is caught up in the excitement of embracing new possibilities.  If he's considering the past at all, he might be seeing it in a rather foggy rear-view mirror, with more empathy for himself than his spouse.

Chances are, he particularly won't see past behaviors' relevance to today. After all, he (and his therapist) consider him a success story. The rest is unimportant.

Then again, has this therapist solicited feedback from Judy on the details of this success story?


Some people with ADHD can talk a real good game during that stimulating hour of therapy. They're not trying to lie, but perhaps they are being a bit unrealistic. Therefore, how this success is playing out in real life is only the therapist's guess.

(Hence the recommendation for couples working as a team on ADHD education and treatment strategies, as outlined in this post.)

For her part, Judy long ago learned to protect herself from Jack's "other shoe" inevitably dropping. She's sworn to never again prematurely celebrate any positive changes he makes. It's simply too devastating when the positive changes stop on a dime, with no explanation or even acknowledgement from Jack.
As far as him demanding more financial control, how can she possibly acquiesce when he fails to even acknowledge his old spendthrift ways and the devastating impact it had on their family? Moreover, he never mentions his strategies for avoiding the same predicament.


It took years for her to dig them out of debt from his impulsive purchases. Merely the idea of his demanding financial freedom—as if she was the one who never wanted to work together on decisions—makes her neck veins pop.


Angry? Darn straight she's angry. She is grateful for Jack's embracing the diagnosis and his eagerness to adopt more productive strategies. But if the therapist doesn't solicit her perspective, that might prove disastrous for Jack's ongoing success, not to mention their marriage.

Was ADHD diagnosis and treatment "good news" or "bad news" for your relationship?